Webcast 6 from One Day On Earth on Vimeo.

This week we are spotlighting professional filmmaker nationally renowned educator Joe Fatheree. Joe has been extremely supportive of One Day on Earth and our educational efforts, and we look forward to seeing what he and his class create on 10.10.10.…

I wanna tell ya about something important for me. Something I can feel it coming, closer and closer, stronger and stronger and you might be feeling too. Something connected to the only permanent thing I know
about life: Change.
The other day, as I was coming from holidays, I stopped in a petrol
station in Belgium, some 80 km from the mighty commission in
Brussels.There I went to the toilette and found that dark…

Gymnastics & One day on earth

I will be filming gymnastics on the 10.10.10, and hope it will be a great day so everyone can see how fun sports is! Also I believe that this event is a very great event because it's a great way to share a single day on earth. It will be one of the best ways to promote your beliefs and thoughts about this planet! Props to those who made this event!

Ok so I want to Be a part of te show so how do i send them my footage of myself but i don't know how! can someone help me. Please gove me the details!! Thanks!

I will be walking/hiking in Superstition mountains over next several days scouting for some good spots to film. I an not a hiker…nor am I in good shape. I just want to look around and see what’s in my own back yard. Once we have…

What does the number 350 mean?

350 is the most important number in the world—it's what scientists say is the safe upper limit for carbon dioxide in the atmosphere.

Two years ago, after leading climatologists observed rapid ice melt in the Arctic and other frightening signs of climate change, they issued a series of studies showing that the planet faced both human and natural disaster if atmospheric concentrations of CO2 remained above 350 parts per…

Here is a link to a recent video I produced which features my dining room wall. Very Zen...

Camera In The House

Just took delivery of a brand spanking new Sony NEX-HV10 video camera and will be working with it to test out all the awesome features. It's the first "prosumer" HD video camera to offer interchangable lenses.

for 10.10.10 I'm planning to film a sunset as background for an architectural building.
The location, Leça da Palmeira Portugal, the Building: Boa Nova tea house from the portuguese architect Alvaro Siza-Vieira. One of his first and all-time best works. Still didn't decided if I'm going to film it at 24p 50|60p or time-lapse. Going to make some research now to help me decide. c-a

A song I wrote and composed - One Heart 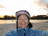 This was the Best 7 minutes of my week! It will take my heart opened as wide as eyes watching these piece of beauty

A closer look to the new San Salvador

This is a video that i made with two days footage from San Salvador, because i think we most show how we live and we are to the rest of the world community. That's why I'm here on One day on earth, to share images and experiences with others.
http://vimeo.com/12512564
Thanks to anyone who see it.
J.C.


Who are you and what is your profession?
My name is Alessandro Beltrame, I was born and I live in Italy.

The importance to participate

Nowadays, with the terrific technology tools that we have, we can communicate each other and can participate in such kind of projects like this one (also in the YouTube similar project). These are unprecedent events, where everyone can be part of the everything, where common people can do something significant to the World. Thanks to the onedayonearth.org organization and thank you to the partners. Also thanks to the people who gave the idea. My best regards.

searching for people to participate

I´m looking for people to create an inspired and touching video for the project. There are no restrictions to the ideas - the only demand ist honesty! You mustn´t be from around where I live - I´d love to collaborate with people around the world. So the more exciting it gets!

I am also glad to hear from you if you come from somewhere in or around Nürnberg (Germany). This is where I live.

Around the world in 24 hours

Just found out about this project and I think it is fantastic and a wonderful idea, I am just a mum who is not a director or some qualified film producer etc etc but my daughter and I are discussing what we can film on 10.10.10 with my camera that I got for my birthday this year that has filming features on it.

I am looking forward to this event shame I won't be in France on that day or the subject would have be a French Farmers Life :) Not to worry Scarborough has lots of areas I can… Continue

Everyday, everywhere children should have the chance to play. It is an inalienable right that many do not get to exercise.

I hope that children's play and playgrounds will be brought alive in one day on earth.

Here is a fine new playground in Montreal, Québec, Canada that celebrates play and the Convention on the Rights of the Child - Salamander… Continue

so this is me just being stupid right now. Not really expecting anyone to read this so im just tying out loud I guess. On 10*10*10 i guess i could wake up at like 12 and set up my video camera to record... Haha this is going to be Epic. I cant wait. I guess the angle of my doc. could be considered religious. I mean it is well like 90% of it will be. It will vary from me waking up to preparing for my meeting to driving to the kingdom hall. To service afterward s to hanging out with friends. It… Continue