One Day on Earth Screening - Ethiopia

One Day on Earth- a movie close to my heart

ONE DAY ON EARTH creates a picture of humanity by recording a 24-hour period throughout every country in the world. We explore a greater diversity of perspectives than ever seen before on screen. We follow characters and events that evolve throughout the day, interspersed with expensive global montages that explore the progression of life from birth, to death, to birth again. In the end, despite unprecedented challenges and tragedies throughout the world, we are reminded that every day we…

Ojok hill is suffering from deforestation and hunting of wildlife by local farmers and hunters, we are looking for international organizations that we help us stop this activities.

During Election 2012, one of the top issues for debate involves National Crime Victims' Rights for homeowners who become Victims of Crimes after they have purchased real estate property in the Village of Lombard, York Township, DuPage County, Illinois. Many Lombard homeowners become victims of…

One Day on Earth Screening in Malaysia

The 10.10.10 One Day on Earth was screened in Kuala Lumpur by Empowerment Media.

Empowerment Media, as one of the contributors to the One Day on Earth, organized a film screening in Pantai Panorama Condo on 22 April 2012. The screening was welcomed not only by the local community, there were lecturers and filmmakers among the participants. Before the film started, the managing director of Empowerment Media said to the audience how happy she was when she had seen this wonderful and…

Solar Sangh (Together with solar)

Our dependence on non-renewable energy sources is becoming dangerous. What happens when we use up all the reserves? Do you know that 54 of world's 65 oil producing nations have already used up all their reserves? (Source: 'There's no tomorrow' documentary)
The renewable energy alternative faces many challenges: like high investments and intermittent supply. But nevertheless we should start speaking about these clean energy sources and start developing and demanding them from our…

Please check out my GoingForAGlobalTruce.com

I think this film One Day On Earth is a wonderful film that can help foster peace and friendships among people. Having a shared global debut is a great idea to provide people with a sense of togetherness and a shared experience of getting to know each other better.

I have suggested more of these types of global togetherness projects be established to help create more peaceful planet. I have written a proposal for a global truce and a global cease fire. The full proposal can be found…

Finding The Wisdom by Wisdom Traveler 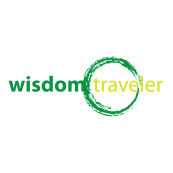 Wisdom Traveler is about moving on and stepping outside the comfort of locality, past glory and traditions in order to capture the hidden beauty of something foreign and the passions behind them. It is a cultural movement in finding something new to learn and in sharing something good to others by trying to understand various local wisdoms within…

Always treat others as you would wish to be treated yourself

Are you sharing an office with someone who talks very loudly when they are on the phone. Or do you feel you do more than your fair share of washing up in the staff kitchen, because you don’t like mess? Is there someone in the work car park who consistently parks sloppily over two spaces and makes life hard for the other drivers? If you answer to any of these questions is ‘yes’, and that ‘yes’ causes you irritation then ask…

If you are in Indonesia, around Yogyakarta...

This Earth Day, we invite you to a free global screening event of the first One Day on Earth Motion Picture. Watch this unique film created from over 3000 hours of footage, and shot by our community
in every country of the world on October 10th 2010.
Together, we have created a picture of interconnected humanity never before possible.