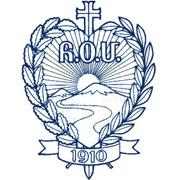 Causes - Armenian Relief Society - Founded in New York City, NY, in 1910, the Society, known at the time as the Armenian Red Cross, held its First Convention with delegates from 33 chapters, in Boston, Massachusetts on May 30, 1915. In March 1921, it was invited to participate in the 10th Convention of the International Red Cross, held in Geneva, Switzerland.

The International Offices of the ARS are located in Boston, Massachusetts.

In individual countries local ARS chapters are governed by Regional Executive Boards, that oversee and coordinate the activities of ARS chapters active in town, cities in villages.

This group does not have any discussions yet.

You need to be a member of Armenian Relief Society to add comments!